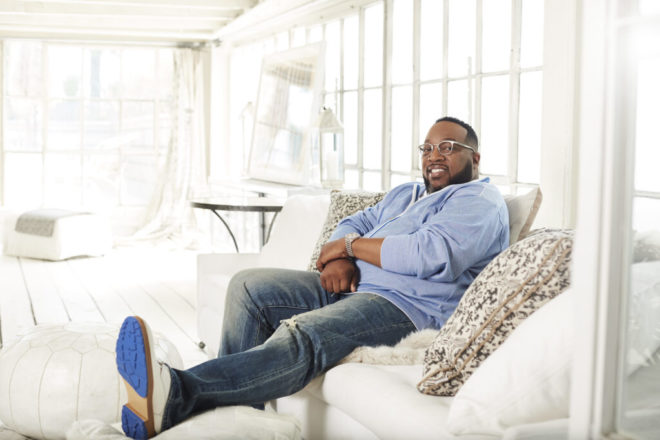 Award nominations will always excite artists who remain passionate and inspired about making music, and Marvin Sapp is thrilled to receive his fourth Billboard Music Award nomination. Sapp is nominated in the Top Gospel Artist category.

Marvin Sapp has a timeless yet fresh approach to Gospel music that has made him relatable for more nearly 30 years. His current single, “Kind God,” was written and produced by Kirk Franklin– who is also nominated in the same category.

“Kind God” is a luminous ballad that Sapp says will facilitate listeners to “reflect, worship and magnify God all at the same time.”

Marvin Sapp is also an entrepreneur, author and radio show host. Sapp has partnered with Superadio to produce the nationally syndicated Marvin Sapp Radio Show, which can be heard in 30 markets around the country including New York (WBLS-FM), Atlanta (WXJO-FM), Nashville (WENO-AM) and Norfolk (WBXB-FM).

His latest book, Suitable, offers a fresh perspective on dating, courtship and marriage from a man’s perspective, with insights gleaned from his personal revelations while embarking upon dating himself.

Marvin Sapp is the senior pastor of Lighthouse Full Life Center, with locations in Grand Rapids and Muskegon, Michigan. He is Metropolitan Bishop within the Global United Fellowship, under the leadership of Presiding Bishop Neil C. Ellis, where he oversees more than 100 churches in 19 states. An internationally renowned singer, Sapp is the recipient of two BET Awards, 24 Stellar Gospel Music Awards, and numerous award nominations.

The 2019 Billboard Music Awards will broadcast live from the MGM Grand Garden Arena in Las Vegas on Wednesday, May 1, at 8 p.m. ET/PT on NBC.