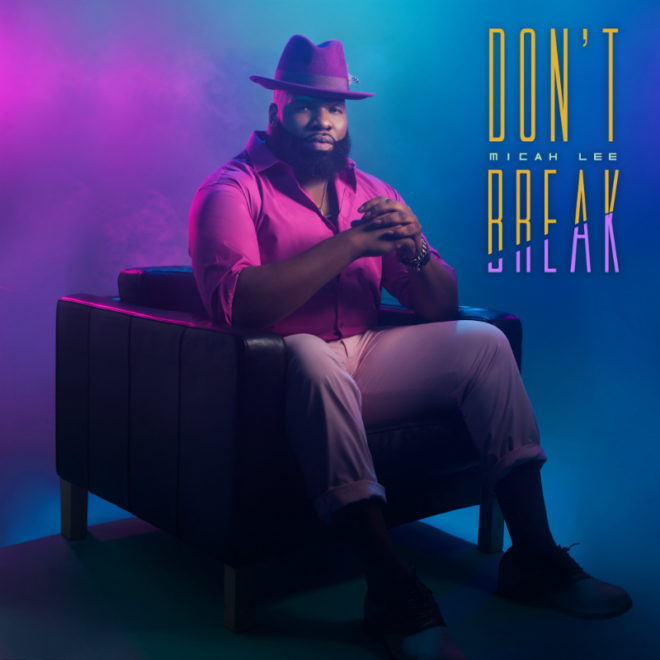 The sound of music tastes different when life intervenes with faith. After surviving a near-fatal accident in the midst of a burgeoning singing career, for rising gospel star Micah Lee, the music tastes so much sweeter!

Lee – the soul stirring tenor who dropped three consecutive Top 20 Billboard hits (“Heaven,” “Forever” featuring Da T.R.U.T.H., as well this past Christmas (2018) chart-topping Christmas single “Tis The Season”), has captivated audiences with an eclectic blend of jazz, neo-soul, R&B and of course, gospel. Now, the independent sensation has teamed up with Fred “Uncle Freddie” Jerkins CEO of Darkchild Gospel and hit songwriter Alvin Garrett. Whereas in this effort, Jerkins a Grammy Award winning  producer and writer produced & co-wrote along with award winning songwriter Alvin Garrett “Micah’s” new single. DarkChild Gospel will distribute Lee’s new single set for official release on Friday May 10th (Mother’s Day Weekend) and Jerkins’ newly formed company, We Break Records Promotions & Consulting will function to service all radio promotion needs for the new single for Micah Lee. With 21 Grammy Award nominations and five Grammy wins, Jerkins is a hitmaker for music industry legends such as Beyonce, Brandy, Mary J. Blige, Donnie McClurkin, Yolanda Adams and so many more. Micah Lee & Uncle Freddie Jerkins as well as Alvin Garrett feel strongly that their collective efforts and talents makes for an explosive blend of faith an energetic groove that will make this song dynamic and very impactful.

“I am excited to produce this new single for Micah Lee,” says Jerkins. “He’s a phenomenal talent and extraordinary hard worker. I feel confident that consumers and radio stations alike will be pleased with this song.”

Destiny wouldn’t have it any other way. “As a young boy, I dreamed of using my God-given talent to encourage, inspire and make people happy as well as bring people together from all walks of life,” Lee says. While still in college, Micah’s dream was nearly silenced; however, as his SUV hydroplaned, crashed into a wall, and slid into a canal where it remained submerged in water until he was rescued. Doctors first said both his injured legs would have to be amputated. Then, declared the singer’s legs could be saved – but he would never walk again. Oh, but “they” didn’t know! Micah is not only a prolific songwriter, but consistent faith walker; after a year in a wheelchair, the gentle giant started walking again…and walked straight into his anointing.

“At that moment, I knew my healing came from nobody but God! Life is short, and I knew if I was going to take the leap of faith into the music business, it was time.” Lee says. And it is so. Lee went on to garner success as an independent artist. Micah Lee’s determination, integrity, and relentless work ethic spoke as loudly as the astounding range he belts out, whether on stage or in the studio. And when the Round The Clock Entertainment, CEO Carlton McConnell struck “favor” with Fred “Uncle Freddie Jerkins,” Micah knew it was time.

Time to set the table with this feast of gospel and mainstream music as they all join forces with Micah Lee. Time for a new recipe of faith and inspiration to be served across the cross and through the nations. Time for this voice to rise and faith to collide. It’s time for the next wave of praise from Micah Lee. Oh, taste and see!

WATCH: “Have Mercy” by Robert Randolph and the Family Band | @rrtfb ‏