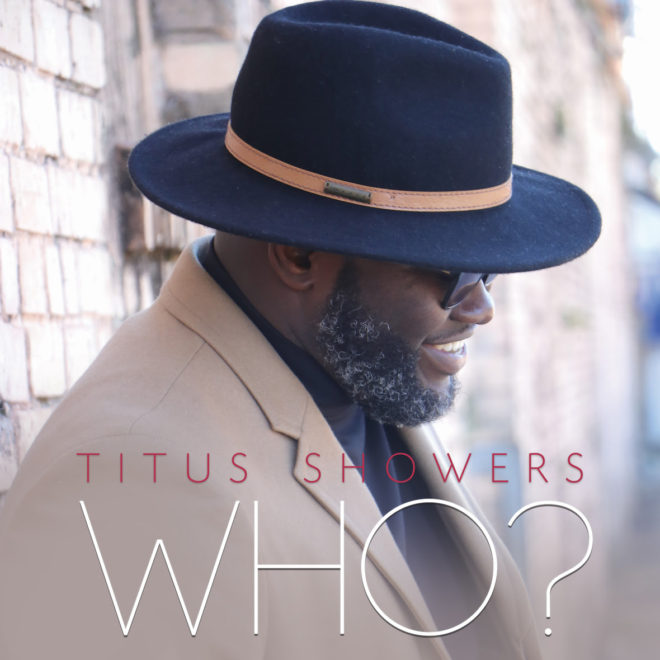 The former lead singer and member of two-time Stellar Award nominated chart-topping sibling group, The Showers made his debut on the Billboard chart this week displacing Kirk Franklin’s The Essential Kirk Franklin album.

WHO? is available now for download and streaming:
on Amazon | Apple Music | Spotify | Tidal | iHeartRadio

About Titus Showers:
Titus Showers gained national notoriety in 2011 as lead singer of multiple Stellar Award nominated chart-topping seven member sibling group, The Showers. As leader and member he recorded and wrote on two albums The Showers Family Group (2015) and,The Journey (2017) on their family-owned record label, A&P Records. Both projects earned 2016 and 2018 Stellar Award nominations. In February 2019 he released his debut radio single,”In His Name” to Gospel radio and debuted at #7 on Billboard Digital Gospel Song Sales chart in April 2019. His debut solo album, WHO is set to release on May 10, 2019. To-Date, he’s made high-profile appearances at The Essence Festival, New Orleans Jazz & Heritage Festival, BET’s Bobby Jones Gospel Show, CBN News, The 700 Club and local affiliate news stations, to name a few.

Tagged as Better by The Showers Canton Jones Charts Deon Kipping Gospel Music News In His Name Keyondra Lockett Lucius B. Hoskins May 2019 Releases The J. Hardy Agency The Showers Titus Showers Who by Titus Showers

Tamela Mann Breaks Record for Most Gospel Airplay No. 1s With ‘He Did It for Me’