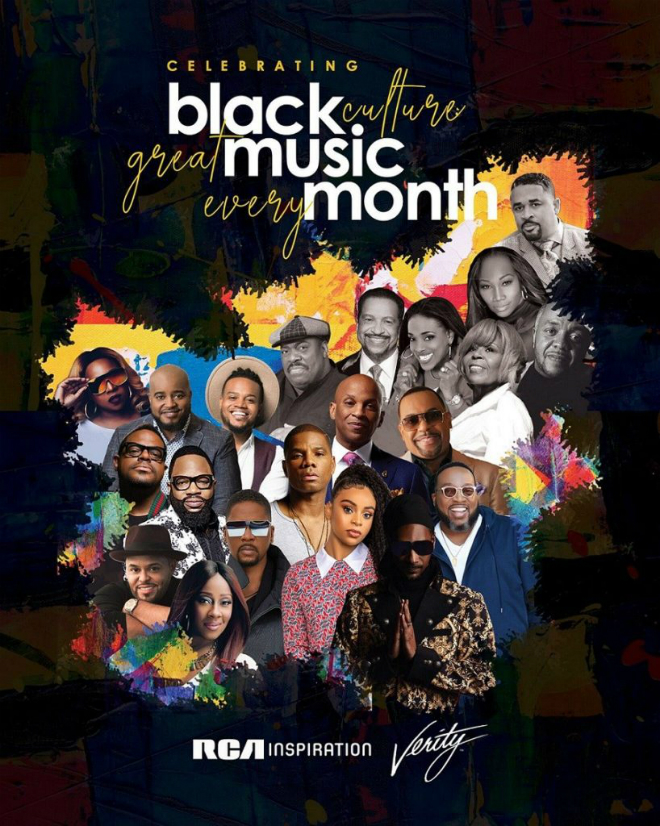 RCA Inspiration (RCAI) has launched a month-long celebration with their campaign for Black Music Month, with the month of June commemorating the 40th anniversary of Black Music Month this year. During this month, RCA Inspiration’s Black Music Month campaign highlights the legacy of Gospel from RCAI and Verity Records’ current artists and catalog of releases spanning twenty-five years. RCAI’s digital campaign is themed on celebrating Black culture and great music every month, spotlighting the renowned cultural contributions of Gospel and inspirational music, and its evergreen impact on uplifting and bonding communities together.

Championed by music industry veterans Dyana Williams and Kenny Gamble, Black Music Month was first declared in 1979 by President Jimmy Carter. Preserving and promoting Black music and African-Americans’ invaluable contributions to the fabric of American music and culture and the multi-billion dollar music industry, Gospel remains as vital as ever in bridging language and social barriers worldwide. Creating a wide palette of sound including contemporary urban, praise and worship, choir, hip-hop, traditional Gospel, and more, the church and music have been fundamental foundations for singers and musicians in all genres of popular music.