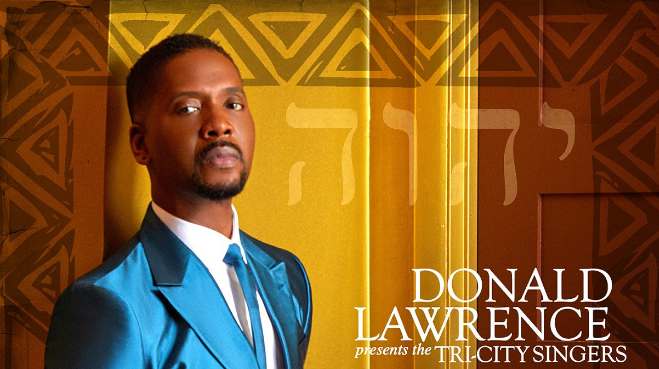 Nashville, TN (August 7, 2019) – “Deliver Me (This Is My Exodus)” (featuring Le’Andria Johnson) from GRAMMY® Award-winning icon and producer Donald Lawrence Presents The Tri-City Singers, hits #1 on the latest  opens in a new windowBillboard Gospel Airplay Chart. Just off the helm of a powerful performance on BET’s Sunday Best, Johnson joined Donald Lawrence and The Tri-City Singers on the stage, delivering her unforgettable vocal gifts that made her the Sunday Best season 3 winner, with Lawrence’s arrangement and poignant lyrics showcasing why he continues to remain one of Gospel music’s most prolific artists, music directors, songwriters, and producers.

opens in a new windowhttps://www.bet.com/video/sundaybest/season-9/highlights/episode-907-s1-leandria-johnson-deliver-me.html

Produced by Donald Lawrence and co-written by Lawrence, Sir the Baptist, Marshon Lewis, Rob Woolridge Jr. and Desmond Davis, “Deliver Me (This Is My Exodus)” (feat. Le’Andria Johnson) is a declaration of faith to break away from past binds, and marks Lawrence’s fifth #1 single on Billboard’s Gospel Airplay Chart in his career, following his #1 hits “The Blessing of Abraham,” “Encourage Yourself,” “Back II Eden,” and “The Gift.” The chart-topping single is the third single released from Donald Lawrence Presents The Tri-City Singers celebratory album, GOSHEN. GOSHEN, a milestone anniversary reunion album hails 25 years since Lawrence and the Tri-City Singers released their acclaimed 1993 beloved debut album A Songwriter’s Point of View.