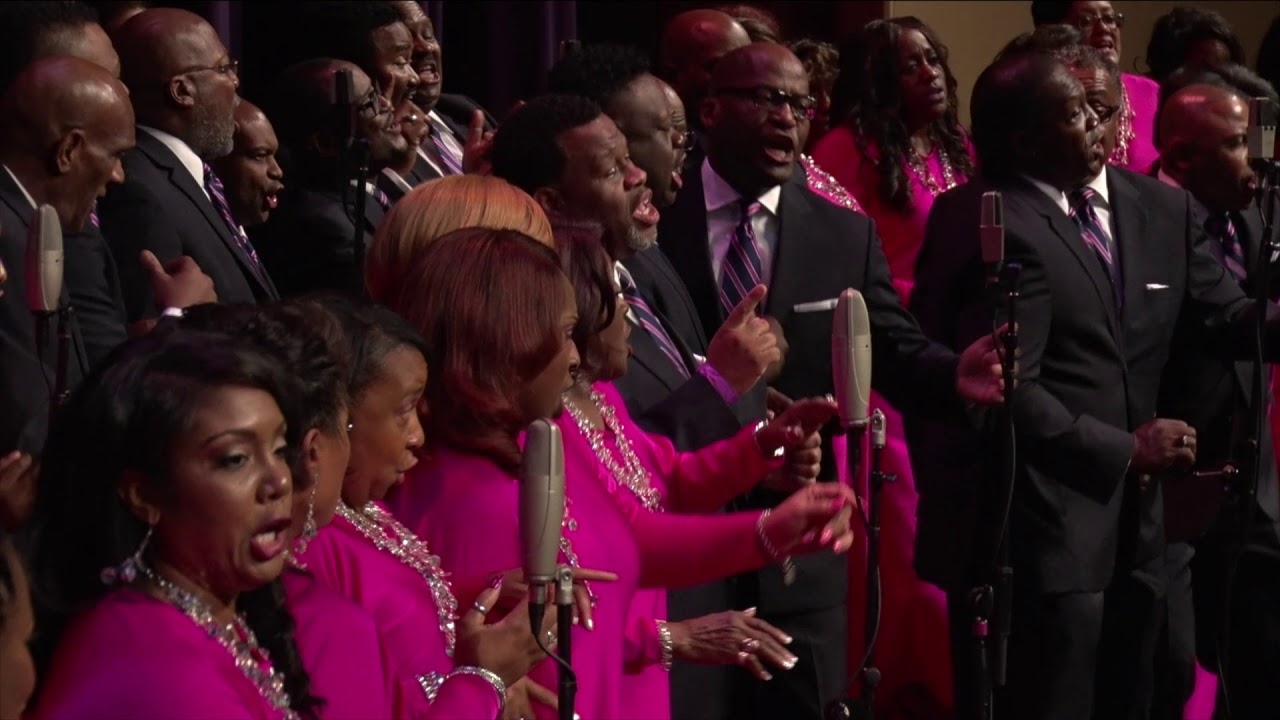 THOMPSON COMMUNITY SINGERS (AKA THE TOMMIES)

Chicago’s Grammy® Award winning Thompson Community Singers, or the Tommies, as their fans call them; dominated the gospel music airwaves from 1982 through 2000 when they had reigned as America’s No. 1 choir with massive radio hits like “For the Good of Them” and “Safe in His Arms” which still pulls 50,000 streams a week – 30 years after its initial release. After the death of its founder, Rev. Milton Brunson, the choir disbanded in 2000.

Now, they are back with a soul-stirring concert film, The Tommies Reunion (7 Legend/Journey/Tyscot – $11.99 SRP:  opens in a new windowhttps://smarturl.it/TommiesReunionDVD ), which is now available on DVD. The sold-out program took place at New Faith Baptist Church in Matteson, IL on a hot, rainy Monday night in August of 2016. With over 40 singers and musicians – ranging in age from 32 to 79, the majority of them from the choir’s heyday alongside a handful of newcomers, they charmed the audience with their powerful voices.

The evening opened with an introduction by the late Edwin Hawkins (of “Oh Happy Day” fame). What followed was over an hour of solid new songs that show off the group’s seamless and sophisticated harmonies. The choir’s famous soloists LeAnne Faine; Darius Brooks; Tina Watson-Conley; Denise Battle and Kim McFarland all had their shining moments at the mic. The legendary band of Percy Bady and Donya Goodman on keyboards; Al Willis on guitar; Steve Stone Huff on bass; drummer Kevin Brunson; and Inez Andrews’ son, Richard Gibbs, who played organ for Aretha Franklin in her later years, were all on hand too.

“I was 21 when I joined and most of us were that young when we joined, so now I want to keep that Tommies legacy alive,” says Brooks.  “We have all gone on to accomplish great things in our own respective careers, but it was an incredible blessing to be together again.”

The Thompson Community Singers were formed by Rev. Milton Brunson in 1948. They recorded for a half dozen record labels beginning with Vee Jay in 1963 but they held their longest hit streak for Word Records from 1982-2000. They earned four Grammy® nominations and won one trophy for Best Gospel Album by A Choir or Chorus for the album, Through God’s Eyes, in 1994. Brooks and key members convened for the Tommies Reunion and recorded the Side A and Side B albums in 2008. The Tommies Reunion is a continuum.

“We can do three concerts and never sing the same songs because we just had that many hits,” Brooks says. With The Tommies Reunion, they now have at least a dozen more hits in the making.