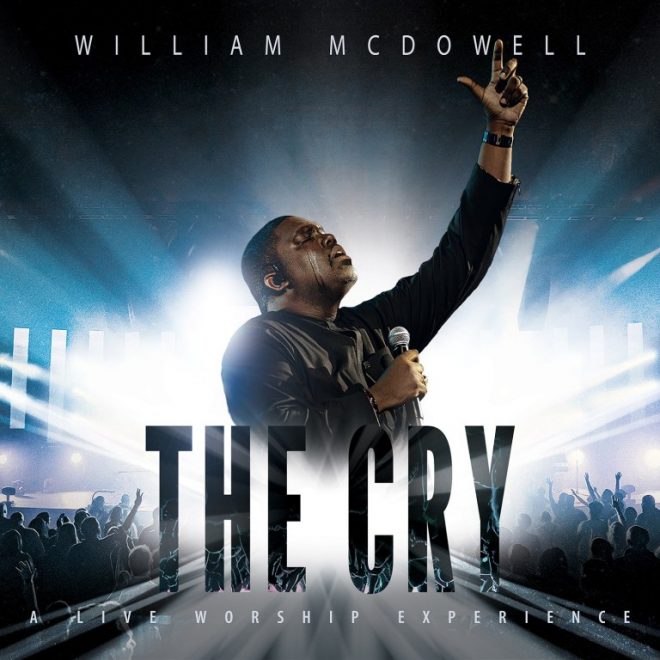 For 20 years, McDowell has been writing songs crying out for God to bring revival. However, his latest release is not a collection of songs crying out for God to come; rather it’s a collection of songs written as a response to a God who already has. Two decades ago, McDowell began praying for revival to break out in his community, and on May 22, 2016, the presence of God entered his church of Deeper Fellowship in Orlando and has yet to leave.

The church has recorded over 300 different healings and miracles to date. What’s more… the revival doesn’t seem to be slowing down. The congregation has grown from a group of 15 to over 1,000 in just five years. People line up outside the church to attend Sunday services. The Cry is a powerful collection that puts to melody what God has been doing in his church and with these people.

During the live recording, McDowell says “Still Moving” was one of the most powerful moments of the night. In between singing, “He’s still moving / He’s still proving just how great He is,” members of Deeper Fellowship came on stage to share their testimony of healing—a woman who was paralyzed and now walks, another woman who contracted a life-threatening amoeba and was miraculously and immediately healed. These are just two of the hundreds of miracle-stories coming out of McDowell’s church.

“To me, this is not only our best-ever captured recording, but it’s also by far the most special and deeply personal,” says McDowell. “It’s the answer to a twenty-year cry.”

Join John “J Hollywood” Kelly Jr. every Saturday for the best in gospel with the sounds of Kirk Franklin, Charles Jenkins, and John P. [...]