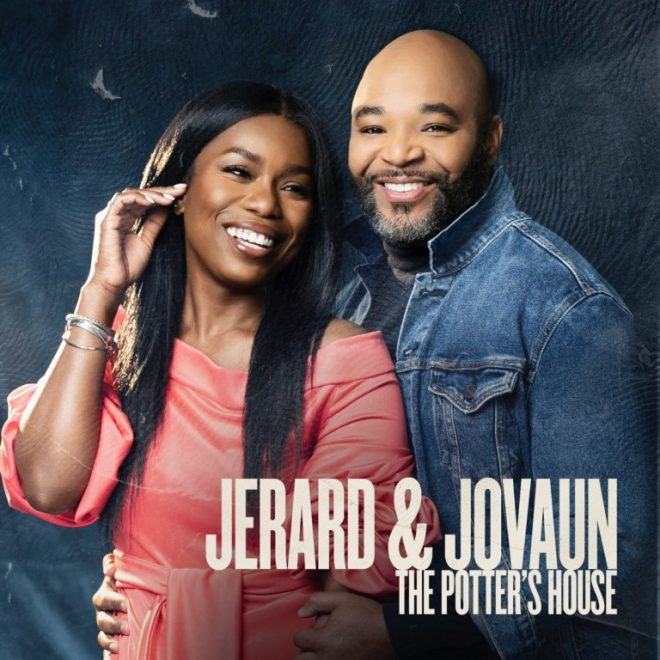 Jerard & Jovaun, Motown Gospel’s dynamic husband-and-wife duo, return with their rousing new single, “The Potter’s House” to all digital outlets. The single is making immediate inroads at the Gospel radio format, landing on this week’s Nielsen BDS Most Added list.

An update of the classic Tramaine Hawkins and Walter Hawkins duet, the release follows Jerard & Jovaun’s recent appearance at the 6th Annual GMA Honors, where they performed the “The Potter’s House” in a celebrated tribute to Tramaine Hawkins, following her induction into the Gospel Music Hall of Fame.

“We were huge fans of the Hawkins family growing up, so when the opportunity came to pay tribute to the legendary Lady Tramaine, we were elated,” recalls Jovaun Woods. “After our performance, we had such a positive response, and a few people suggested we record it. We are beyond honored to continue carrying this powerful message to the next generation!”

Produced by Jerard Woods, the new single is a nod to the pair’s traditional gospel roots, marked by the passionate vocals and perfect harmonies that fans have come to enjoy from them.

“The song is such a classic, changing it would have been somewhat blasphemous,” jokes Jerard Woods. “Instead, we wanted to make our mark by staying true to the original while bringing some cool musical elements to the forefront.”

Jerard & Jovaun have just been added as special guests at the 60th Birthday Celebration Concert of GRAMMY®-winning artist Donnie McClurkin. Tickets are available at http://donnie60.ticketlocity.com.

Jerard & Jovaun have garnered over 2 million views Hillsong’s “What A Beautiful Name.”

Jerard & Jovaun commanded national attention earlier this year after garnering over 2 million views of their now-viral cover of Hillsong’s “What A Beautiful Name.” In March of 2019, the team released their celebrated EP, What A Beautiful Name, which featured reimagined versions of worship hits like “Oceans (Where Feet May Fail)” and “Great Are You Lord.” Last month, Jerard & Jovaun re-recorded the Marvin Gaye & Tammi Terrell classic “You’re All I Need To Get By” for the Hitsville: A Motown Gospel Celebration project, in tribute to the 60th anniversary of Motown Records.

Stellar Awards 2020 Nominees Are In!