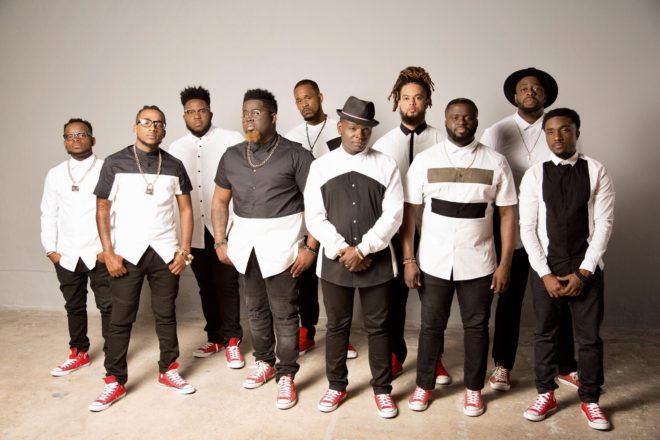 “DANCE” IS THE LEAD SINGLE TAKEN FROM THEIR FORTHCOMING PROJECT “GOD, FAMILY, THE BAND VOL. 2”

Miami’s 9-member, homegrown, inspirational soul band, SENSERE, had an impressive 2019 with the release of their soulful, uptempo, radio smash “Win,” which was taken from their third independent release, GOD, FAMILY, THE BAND VOL. 1. “Win“ blazed the airwaves across the country and is still a fan favorite today.  As the start of a new decade is in full swing, SENSERE is setting it off with the release of the official visual for their newest single “Dance.”

Shot in the heart of downtown Ft. Lauderdale, FL, directed by Kendrick Anton and DeAngelo McNair, the nostalgic, feel-good, bop was written and produced by band leader James Wright III and lead singer Brian Williams. “Dance” opens up to a young SENSERE in a heartwarming, yet funny scene. Their younger selves sweat it out in dance rehearsal, with SENSERE‘s real life choreographer, Kyla Wright, pushing them to be greater and to never give up. Later, the video fast forwards to current day with the band grooving outside in the quintessential perfect South Florida weather with several local hip hop dancers from the IC Talent Dance school.

The video turned into a family affair because not only was SENSERE’s choreographer Kyla Wright featured in the video, who is also the wife of group leader, James Wright III, but James Wright’s sons, lead singer Brian Williams’ nephews, guitarist Wildmayer Marcelin’s son, and lead singer Dwayne Charlton’s nephew were all featured as the younger SENSERE.

“Dance” is the anchoring single from SENSERE‘s forthcoming project GOD, FAMILY, THE BAND VOL. 2, that will be released during the second quarter of this year.

Lookout for SENSERE on the road all 2020 and catch them in a city near you!