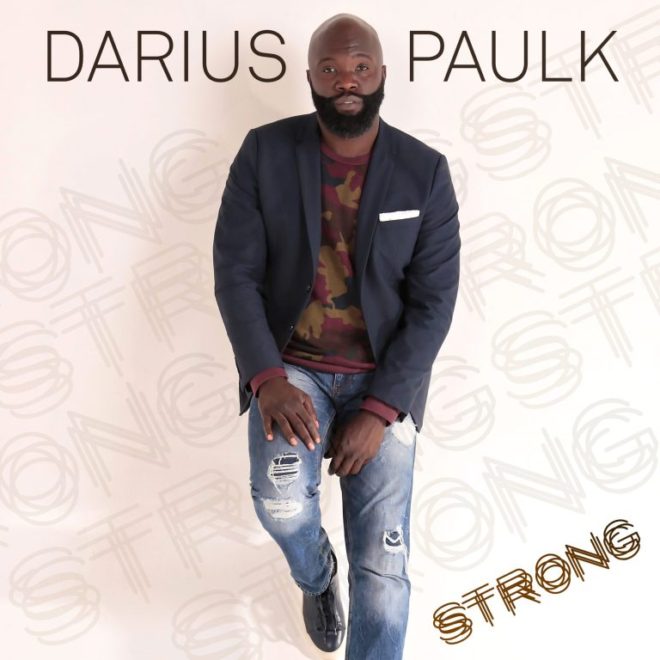 The multi-award-winning gospel singer-songwriter, Darius Paulk, has released his debut solo album, Strong (AIR/Malaco). The eleven-track set of mostly praise and worship songs adds a welcome pool of polished, uplifting tunes with a soulful edge to the ocean of often-formulaic modern-day church chants and anthems that have become popular in recent times.

The soul-stirring set opens with the brassy worship cut, “Name of Our God.” It quickly segues into the mid-tempo tune “We Live to Worship” before pumping the volume up on the Caribbean-flavored “Psalm 62” that features Destanie J. Winbush, a charismatic worship leader at Atlanta’s Elizabeth Baptist Church. Then, comes “Strong Name,” Paulk’s Top 15 power ballad.

Throughout the proceedings, Paulk showcases an earthy yet refined and measured vocal approach that is both heart-wrenching and sophisticated. His thick tenor spreads like warm butter over the traditional-styled ballad “I Made It” and the up-tempo “Alright” – one of three songs he co-wrote with Toronto native, Kurt Kanhai, who produced the project with finesse.

“On and On” is a blissful acoustic country track with a catchy chorus and balmy steel guitar by Phil Cross who has worked with a who’s who in southern gospel music such as The Cathedrals and Bill & Gloria Gaither. “There” is reminiscent of Maze ft. Frankie Beverly’s late-night R&B catalogue. Zebulon Ellis joins Paulk on the reprise to add some dynamic, Jazzy vocal curlicues. The collection is rounded out with the infectiously upbeat “This I Give” and closes with the Pentecostal-styled praise break, “IGRTH.” It’s a wholly pleasing musical experience that is sure to serve as a strong footing on which Paulk is sure to build a promising career of hits and longevity.

Over the years, Paulk has written hit songs for gospel artists such as Donnie McClurkin, J.J. Hairston & Youthful Praise, Zacardi Cortez and Marvin Sapp. Tamela Mann recorded his tune “Through It All” which peaked at No. 3 on the Billboard Gospel Airplay chart. His biggest song yet “Nobody Greater” was recorded by VaShawn Mitchell in 2010. It reached No. 1 and spent an amazing 79 weeks on the Billboard Gospel Airplay chart. The song has been certified gold (signifying 500,000 units sold) by the R.I.A.A. and it has earned Paulk an ASCAP Rhythm & Soul Award as one of the most broadcasted gospel songs of 2010.