“Follow God” is American rapper Kanye West’s latest single from his ninth studio album “Jesus Is King”, which was released on October 25, 2019.

The track was written by West himself and five other individuals: Aaron Butts, Bryant Bell, Calvin Eubanks, Curtis Eubanks and Jahmal Gwin. “Follow God” – as the title suggests – is about following a religion and God, and features West discussing the struggles he faces trying to follow a religious life.

The track also acts as a successor to his February 2016 track, “Rather Stretch My Hands, Pt.1”. The song features a flipped sample of group “Whole Truth” and their 1974 song, “Can You Lose By Following God”.  .. more

Source: Story Of A Song

Father, I stretch
Stretch my hands to You

Lifelike, this is what your life like, try to live your life right
People really know you, push your buttons like type write
This is like a movie, but it’s really very lifelike
Every single night right, every single fight, right?
I was looking at the ‘Gram and I don’t even like likes

I was screamin’ at my Dad, he told me, “It ain’t Christ-like”

I was screamin’ at the referee just like Mike
Lookin’ for a bright light, Sigel, what your life like
Riding on a white bike, feeling like excite bike (stretch my hands to You)
Pressin’ on the gas, supernova for a night light
Screamin’ at my dad and he told me, “It ain’t Christ-like”

But nobody never tell you when you’re being like Christ
Only ever seein’ me only when they needin’ me
Like if Tyler Perry made a movie for BET
Searchin’ for a deity, now you wanna see it free
Now you wanna see if we, let’s just see if three a piece
Tell me what your life like, turn it down, a bright light
Drivin’ with my dad, and he told me, “It ain’t Christ-like” (stretch my hands to You)

I’m just tryna find, I’ve been lookin’ for a new way
I’m just really tryna not to really do the fool way
I don’t have a cool way, bein’ on my best, though
Block ’em on the text though, nothin’ else next though
Not another word, letter, picture, or a decimal (Father, I stretch)
Wrestlin’ with God, I don’t really want to wrestle
Man, it’s really lifelike, everything in my life (stretch my hands to You)
Arguing with my dad, and he said, “It ain’t Christ-like”

Man
You know, it’s like
Somebody only close who can get you, like, off your
I be on my
I woke up this morning, I said my prayers
I’m all good, then I tried to talk to my dad (stretch my hands to You)
Give him some advice, he starts spazzin’ on me
I start spazzin’ back, he said “That ain’t Christ-like” 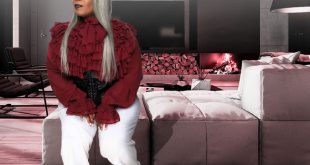