Kerry Douglas has a genuine love for music and penchant for promotion that has produced a continuous slate of top Gospel radio hits while introducing a new roster of Gospel luminaries including quartet favorites Keith Wonderboy Johnson, Damon Little and Evelyn Turrentine Agee, power balladeer Earnest Pugh, Grammy and Stellar nominated songwriters James Fortune and Greg O Quinn and the incomparable in-a- class- all- by- himself supernova known as Zacardi Cortez. He is a musical mastermind who has maintained relevance and consistency for more than 20 years.

Douglas’ venture into music promotion was accidental yet providential, as a car salesman in his hometown of Houston, he presented Rap and R & B concerts on the parking lot to attract customers. The concerts were hugely effective and soon, he saw his sales receipts double.  This led to Douglas moving into concert promotion fulltime.  After facing a challenging near-death experience, Douglas made a conscious decision to give his life to Jesus and as a result, he dedicated his life’s work to the promotion and marketing of local area Gospel artists, thereby founding Blacksmoke Music Worldwide. Douglas went to work and implemented other marketing masterpieces; he created The Gospel Truth magazine to highlight independent gospel artists. Douglas would also create an ever-popular compilation series titled Kerry Douglas Presents the Gospel Mix.  With a dozen editions to its credit,the Gospel Mix discs has featured music from the likes of Gospel favorites and up and coming artists including Bryan Andrew Wilson, LeAndria Johnson, Tamela Mann, The Brown Boyz and Ruben Studdard.

Some two decades in and showing no signs of slowing down, Kerry Douglas continued hitmaking with the creation of Kerry Douglas Promotions, a  promotions arm for other artists and garnered huge successes and first time number ones for Bebe Winans and Ricky Dillard and New G. Blacksmoke continues to be a jewel in the Gospel music crown with the introduction of Billboard top charting artists Demetrius West and JP, newcomers Edwrin Sutton and Birmingham native and multiple Stellar Award nominee Pastor Mike, Jr.

The Stellar Gospel Music Awards will tape on Friday, March 27th at the Orleans Arena in Las Vegas, Nevada and is scheduled for nationwide premiere on Black Entertainment Television (BET) April 5th.  Check local listings for station and time in your area. 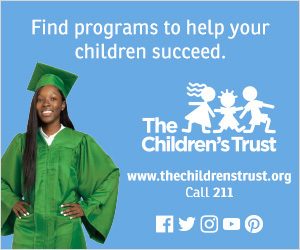 Isaac Carree shares musical tastes, transition to radio host, thoughts on first album in 7 years and coping through the pandemic.