Philadelphia, PA —  “Blessed Assurance” is one of the quintessential sacred hymns sang throughout churches of various denominations and cultures.  The classic was written by Fanny Crosby in 1873 and arranged by Phoebe Knapp.  Originally titled “Assurance”, the soulful hymn was one of the earliest gospel songs written and arranged by women.

Hymns like “Blessed Assurance” have been passed down through generations and have been interpreted creatively and respectfully re-arranged.  The Fresh Anointing young adult choir of Enon Tabernacle Baptist Church has put their contemporary dynamism on the hymn and released it as their new single.

Senior Pastor Dr. Alyn E. Waller and Enon Tabernacle Baptist Church has nurtured this group of gifted millennials who joined together to lift their voices in worship to offer healing and hope to a world facing uncertain times.  The choir boldly sings “Blessed Assurance” as a song revealing the one true Living Hope that will cast out all fears if we place our confidence in His perfect love.
Fresh Anointing’s new single and album is released by Enon Music Group, and is available now on all digital music stores and streaming sites. 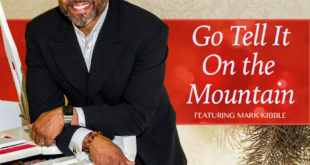 Philadelphia, PA — Throughout the various and vast churches across the country, there are great Choirs, …