BET’s Sunday Best Tasha Turns Painful Past Into Healing by Penning New Single, “Why Not Me” 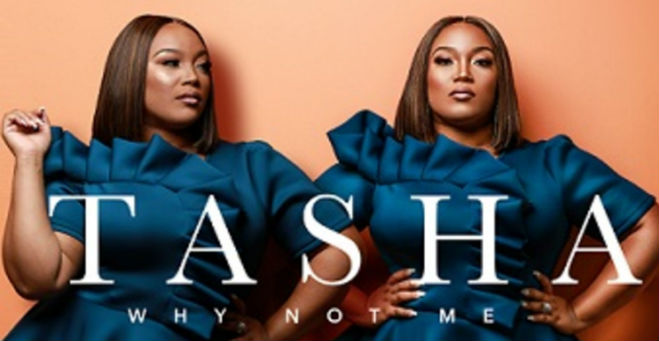 (Los Angeles, CA – April 20, 2020) – Award-winning songstress Tasha (formally known as Tasha Page-Lockhart) reemerges on the music scene as the first lady of Legacy Music Group, and as a woman who is focused on healing and helping by sharing her powerful new single “Why Not Me” and the significance behind it.  In preparation for the recording process, Tasha was determined to find the courage to face her tormented past consisting of sexual assault and substance abuse. Following extensive soul searching, she put pen to paper and what followed was a heartfelt moment of healing, resulting in her current single “Why Not Me” now on Apple Music, Spotify, and TIDAL.

“No one can escape tragedy and pain,” said Tasha. “I could have been bitter, could have committed suicide and perhaps pointed the finger but instead, I owned up to my actions, unpacked the pain and through my emotions and lyrics have built a warrior who is healing and fighting every day.”

Despite being a successor of her successful mother who was a member of Witness and step-father, a member of Commissioned and spiritual leaders in their own right, Tasha’s early adulthood was exasperating. The feeling of defeat and despair was a direct result of molestation from family members, friends of the family and separately included sexual assault during those early dark years. The pain and suffering led her to seek refuge with heavy substance abuse and created a divide between her and the church she once warmly welcomed.

In 2003, Tasha renewed her spiritual foundation, rehabilitated from substance abuse and subsequently found success. She was crowned the winner of season six of BET’s Sunday Best and followed up with a handful of sensational albums including Here Right Now, Jesus Revealed and The Beautiful Project. She’s graced numerous stages with electrifying performances on BET’s 106 & Park, TV One and Tyler Perry’s “Madea on the Run” to name a few. Along the way, she secured movie roles, experienced Billboard chart success, nabbed music awards and established herself as a prominent author. Backed by her spiritual rebirth and rehabilitation, Tasha became a certified crisis counselor to serve as a life coach to help lift anyone in need. In addition, she also Pastor’s a church in Mt. Vernon, NY with her husband Dr. Veron House.

Listen to Tasha’s single “Why Not Me” on Apple Music, Spotify, TIDAL.

Demetrius West and Jesus Promoters Get Ready For New Project, “Do It Again” .. slated for June 19

Kirk Franklin – Just For Me

Demetrius West and Jesus Promoters Get Ready For New Project, “Do It Again” .. slated for June 19