PJ Morton Scores Billboard No. 1 Album, “Gospel According to PJ” 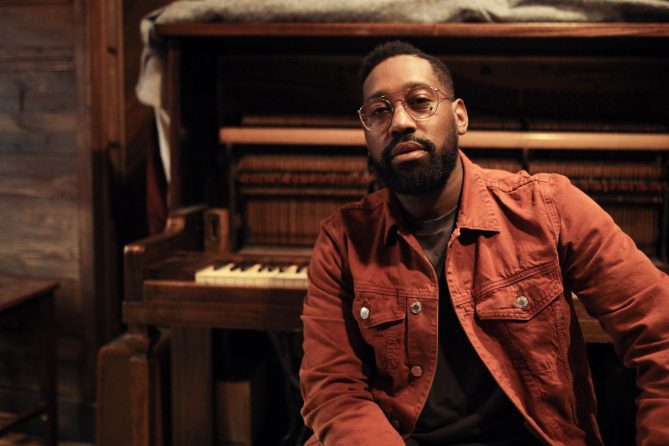 SOARS TO NO. 1 WITH “GOSPEL ACCORDING TO PJ”

“The structure is fascinating,” music critic Ann Powers told fellow critic, Stephen Thompson, of the album on an August 28th NPR “New Music Friday: All Songs Considered” podcast.  “It really tells the story of PJ Morton’s life in gospel… His family heritage. His connection to the genre … He is connected to gospel in the way that Aretha [Franklin] was connected to gospel, but this album also tells the story of contemporary gospel itself… I think PJ does a great job showing how R&B, Soul Music, Rock & Roll – all live through gospel.  I think that’s all here on this record. Oh, and of course, New Orleans music. It matters that he’s from New Orleans.”

Many are hailing the R&B star’s project as a return to his church roots in the same vein of Aretha Franklin’s 1972 spiritual homecoming, Amazing Grace. It’s also a showcase for Morton’s songwriting, arranging and production skills. “This is far from being a solo record,” Jim Harrington wrote in The Mercury News. “It’s probably more helpful to think of Morton operating in a Quincy Jones-style role — writing songs, finding the right voices for those songs — than it is to think of him as a typical solo artist here. He’s often working behind the scenes, orchestrating specific songs to their artful culminations while keeping a bird’s eye view of the overall project.”

The singer best-known for his Grammy® winning 2019 R&B smash, “Say So” (with JoJo), and his brilliant re-imagining of the Bee Gees‘ 1977 classic, “How Deep is Your Love” (which has garnered over 25 million streams); recorded the majority of the project from his New Orleans studio hub at the height of this summer’s coronavirus national lockdown. In a year of racial tensions, political divisions and a global health crisis; Morton wanted to offer some musical inspiration to lighten the heaviness of 2020. “I’d like to think it all kind of happened the way that it was supposed to,” he muses.  “I feel people need this music that inspires more than ever right now.”

A physical configuration of “Gospel According to PJ” will hit brick-and-mortar retail shops and online platforms such as Amazon.com on Black Friday, November 27th, 2020.

JEKALYN CARR REACHES NO. 1 ON BILLBOARD GOSPEL AIRPLAY CHART WITH ‘CHANGING YOUR STORY’